Cold in California
By Deborah Riley-Magnus

What happens to a vampire after he dies? Really and finally dies? Aside from the stake-in-the-heart, crumbling-of-flaky-burned-flesh, what really happens?

COLD IN CALIFORNIA playfully explores these questions and proposes that even the worst of the supernatural world gets one more chance to earn heaven or hell. Twice-baked vampire, Gabriel Strickland, rudely discovers this fact when he’s whisked from the strange incident that caused his final demise and into a holding tank of sorts located in West Hollywood. He learns that he and several other deceased supernatural creatures must await a final judgment for their souls. A society has formed within that helps them all function outside the walls of the holding tank. Eighty creatures, including other awaiting dead vampires, pixies, a legendary Navaho stick man and bothersome leprechauns, struggle together to earn brownie points (against their natures) and wait out what could be centuries of purgatory.

There are rules and there are responsibilities that come along with the wait. Gabriel receives dubious advice from Crudo Cushman, a controlling troll who runs the place, and some help from a former werewolf to cope with the extreme challenging tests of conscience ahead. For the first time in nearly eighty years, Gabriel feels alive, actually functions as a living mortal, but not quite. There are always quirks in the plan and he faces them all.

Enter, the beautiful woman, Dorianna Gallagher who not only knocks Gabriel off his feet, but also attracts the attention of an evil warlock who has designs on her, professionally and physically. Dori represents everything normal and alive to Gabriel and he treks through several difficulties to earn her love.

In the end it is the true, fiery battle of supernatural verses supernatural and good verses evil; and even in the face of heartbreak, Gabriel will see the light.

NOTE: I was sent an electronic copy of this book by the author in exchange for a fair and honest review.

First and foremost, I want to say that Cold in California is an extremely entertaining addition to supernatural lore. This is especially true where it concerns what happens after the supernatural beings (think vampires, werewolves, pixies, and leprechauns, etc) die. Instead of merely ceasing to exist or being damned, as most films/books/shows depict,  Cold in California sends them to a holding tank (read: Earth-based Purgatory waiting building) to await the decision of where they will spend the rest of eternity. While, I admit, the idea is a bit bleak — many of the characters we meet and come to like are already long dead and waiting for their own personal judgment day that is based on how they lived their “lives”— it is still a tantalizing one. The novel does a great job of smearing the lines of what makes one good and what makes one evil. Most of the supernatural beings in Riley-Magnus’s world are not aware they are being judged on how they live out their supernatural lives until they reach the holding tank they are assigned to. It is truly a fascinating idea and plot line.

Outside of the whole “Supernatural Purgatory” concept, I would have to say that I most enjoyed Gabriel himself as a character. He’s far from perfect, suave, and debonair – in fact, he seems to be quite normal. You know, for a vampire. While, yes, he hasn’t made the best decisions and, in fact, made some fatal mistakes during his “life” as a vampire, he did make a point to not become a fearsome creature à la Nosferatu or Dracula. And he made this decision despite not knowing he was being mortally judged the whole time. Granted, when we first meet Gabriel, he is on the hunt for the perfect stranger to drink from and spend the night with, but he makes it clear that he wouldn’t kill. As a vampire, choices seem limited – drink or die. Gabriel, it seems, sought to live the best he could without realizing he is truly holding out for something better. His night, a Chicago Cubs home baseball game, doesn’t go quite as planned when he is slain by total accident (I will not tell you how as it is quite surprising and, I hate to say it, somewhat humorous if not outright ironic). He is slain notwithstanding and shortly afterward finds himself standing without harm at a busy intersection in sunny Los Angeles where he is greeted by a gruff troll named Crudo Cushman.

Dori Gallagher, our female main, is a character that I have complicated feelings about. When we first meet her, she is a smart and determined woman who is good at what she does (but not without a lot of hard work, mind you) and, in general, has all of the makings of a great female lead. Once she meets Gabriel, however, I feel like her characterization gets weaker. She suddenly becomes quite passive and ineffectual and I was disappointed that we didn’t get to see her really take form. I will say, however, that Dori does get thrust into a lot of situations where passivity is really all she could muster — she often didn’t get a choice. And it turns put there is actually a reason for her passivity but, alas, that is a massive spoiler. I just felt like she became a damsel very quickly. To be fair, the novel has several strong-willed female characters (in the forms of a pixie and vampire hunter) so there was a balance. Besides, not every female character in a book needs to be a powerhouse – it becomes unrealistic, even for a supernatural story like this.

Our third main character is a cruel warlock named Nathan Cook. He’s your typical villain:  vain, self-glorifying, selfish, too-powerful, and not afraid to lose because he doesn’t believe he can. He wasn’t two-dimensional, which can unfortunately happen with similar villains. Riley-Magnus gives him an interesting backstory and his motivations are clear, even if it is something as simple as ‘because he wanted to’. Almost from the beginning, I was rooting against him quite passionately because he just got on my nerves (in a good way).

The other characters in the book, like the aforementioned troll Crudo Cushman and Shirley the Pixie, make up an interesting and diverse cast of characters, some of whom provide great foils for our main characters. It was great to see so many creatures of lore and urban legends come together, even if it was in purgatory. Even the antagonists, Nathan the crazed Warlock and several ancient vampires, were interesting figures to pit against Gabriel and his new friends.

The only other issue I had with the book is that the ending seemed a little rushed and fell somewhat flat. There was a lot of build-up to it, foreshadowing of action and creation of extensive storylines, yet it ended rather abruptly. I would have liked to see it drawn out a little longer, with higher stakes and heavy on the power we were promised from the opposing sides. On the other hand, and again I can’t be too explicit about this because spoilers, but the ending was still good because it came about due to one of those strong female characters I mentioned. So it’s still a positive – I just wish the action level had been a little higher since I felt like there has been so much build-up to the final scenes.

As I said at the beginning of this review, story line is a tantalizing one, full of interesting twist and turns and only a few scenes that you could figure out the outcome of, which isn’t always a bad thing. There were moments that kept me really guessing and thinking about the book long after I put it down. Several times I actually laughed out loud because of one snarky retort or another.  I really think Riley-Magnus did a great job of creating her own world of the supernatural and giving it a new edge. While I’m not one to read a lot of paranormal/supernatural books, I still enjoy the genre enough to know it’s hard to find a story that brings something new to the table like Cold in California does.

All in all, I really enjoyed this book! It was definitely something that caught and maintained my attention easily and it really made me think about things (“If I were a supernatural creature and didn’t realize I would be judged in purgatory, how would I fair?”). Riley-Magnus did a great job injecting  great new elements into a theme and genre that has been rehashed many times in the last several years. I will certainly be reading the sequel so I can see how the remaining characters face their judgements and whatever else comes their way.

The book is great for anyone that likes the supernatural/paranormal genre, especially anyone who is looking for something that strays off the beaten path.

You can purchase Cold in California on Amazon!

Deborah Riley-Magnus is a retired chef who then became an international food purveyor in Los Angeles. On the way home from a visiting a client’s restaurant, she passed by a warehouse on Sunset Boulevard and happened to notice a man slinking into what appeared to be an empty warehouse building. After wondering what he could possibly be doing, her thoughts drifted to the supernatural. By the time she reached home, she had plotted the entire storyline of Cold in California!

Riley-Magnus has her own writing blog.

YOU ARE NOW ENTERING THE SPOILER ZONE! READ AT YOUR OWN RISK AND PLEASE AVOID IF YOU HAVE NOT READ THE BOOK YET AND DON’T WISH TO BE SPOILED!!

YOU HAVE BEEN WARNED! 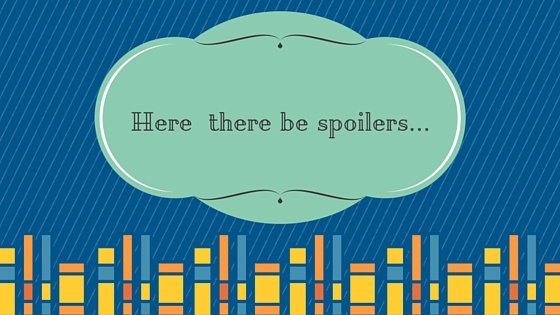 As I mentioned above, the biggest concern for me was the maintenance of female characters throughout the novel. If I’m not mistaken, we only meet (truly meet) a handful of female characters in a novel full of male characters, so I had really high hopes for Dori, who was so well introduced to readers. Once she meets Gabriel and is soon after abducted by and saved from Nathan the Warlock, she loses her momentum as a character. I just wish we could have seen Dori really flourish, especially since we find out at the very end that she is a supernatural being herself, albeit unwittingly so.

I was excited to find that the girl Gabriel set his sights on at the beginning of the novel turned out to be the true hunter in that early scenario. Starling, a vampire hunter who is much older than she seems, was really in control of the situation having realized immediately what Gabriel was and his plan for her, even though the plan was relatively harmless. I’m glad she showed back up later on it was interesting to see her experience become intertwined with Gabriel’s new life.

As I said, I’ll certainly be reading the sequel especially since Cold in California left off with Dori having joined Gabriel at the holding tank following her own death and discovery of her supernaturalness. I can’t wait to see how the tables have turned.

YOU ARE NOW LEAVING THE SPOILER ZONE!

I hope you enjoyed my review of Deborah Riley-Magnus’s Cold in California!

2 thoughts on “Review – Cold in California by Deborah Riley-Magnus”