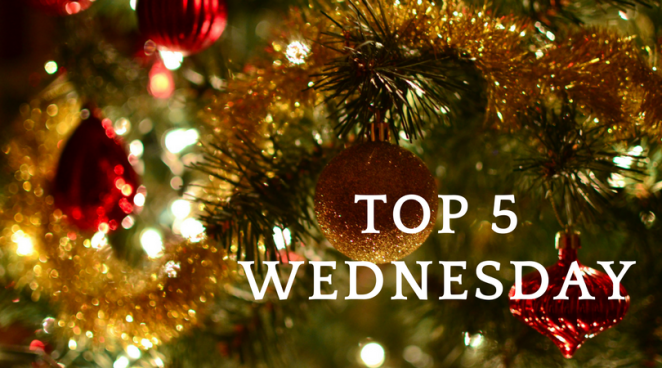 Oh ho ho ho, this one is going to be a fun one! Today I’m talking about all the characters that go on the naughty list.

To make it extra interesting, I’m not going to choose villains….that’s too obvious. So no major villains are allowed. And only one character from Harry Potter. Otherwise this post could be all HP characters.

In case you aren’t familiar with T5W, it’s this great community on Goodreads created by Youtube book blogger Gingerreadslainey and hosted by Sam of Thoughts on Tomes. Every month group members are given topics for every Wednesday of that month to discuss on their respective platforms (blog, vlog, etc).

Also, this post may get a little bit spoilery but I will avoid any major spoilers. I will try to keep it contained but since I probably explain why they are on the naughty post, it could get crazy over here. I’ll do my best, but proceed with caution.

Felicity from A Great and Terrible Beauty

If you haven’t read this trilogy you really need to. Felicity is an important character and a bit of a snob. She’s rude at the beginning to the main character, Gemma, at the beginning and remains a handful throughout the trilogy. But I love her character! Still, she’d probably end up on the naughty list at least once for her attitude.

Now, before I start this, lemme just warn you guys I have only read Throne of Glass so far, so if she becomes better or worse in the later books, I have no clue. I really need to catch up on some blogging books before I can continue to read the books (which I love). Anyway, Kaltain is a pain in the ass throughout the entire book. She’s jealous, deceitful, and does something very naughty, though, to be fair, it isn’t entirely her fault. Still, she’ll be on the naughty this year, or at least until I finish the series.

Baren Heidle from The Glass Spare

I’m only about halfway through this book, so I don’t actually know how it turns out yet but Baren is a pain in the ass. He is the second oldest of Wilhelmina’s brothers and has a terrible temper and personality. He is selfish and jealous and deceitful. Ugh. Not a fan of him at all. But I love the book!

First and foremost, lemme me tell you to go read this series! I love it and am beyond shocked it isn’t as popular as I imagine it should be.

Now, onto Clarissa. When you first meet Clarissa, she is snobby, stuck up, rude, and jealous. And she never changes, to be honest, but she grows on you. She’s like that friend that you just know you have to look past her proclivity to annoy the hell out of you but you still care about her. To be fair, she does some things later on in the book that make me want to throttle her but still I’m not at all surprised. Ugh. She is one of the most conflicting characters I have ever read. But she will definitely be getting coal for the next couple of Christmases.

For more of my thoughts on the series, check out this older post.

I know I am probably going to get some hate for this one but Severus is honestly a mean and rude character. Sure, he ending up doing some great things, but the way he treated Harry and Neville and just about everyone that wasn’t a Slytherin warrants him getting some coal for the next couple of years. I plan on writing a post about him and Dumbledore soon explaining in depth (and with spoilers) my thoughts on them.

Thoughts? Which characters are getting coal from you this year?