This review will be a little different from my other movie reviews as it is not a true adaptation of the book from which it was adapted. For those not familiar with J. K. Rowli- *ahem* Newt Scamander’s book Fantastic Beasts and Where to Find Them, the original book is a magizoological encyclopedia that was published to benefit the wonderful Comic Relief Charity in the UK.

The book was one of the school books our dear friend Harry Potter studied while at Hogwarts. It is part of the Classic Books from the Library of Hogwarts School of Witchcraft and Wizardry collection.

As the storyline is completely and totally new to anyone who sees the film, I will not be posting spoilers here as I might in a normal film adaptation where I rate the film as an adaptation. 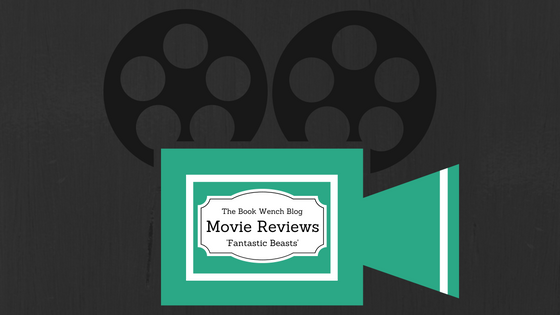 I want to start off by saying that I had so many emotions bounding around me as I walked into the theater to see the latest addition to J.K. Rowling’s beloved magical world.

“Will I like it?”
“Will the film do Rowling’s previous work justice?”
“Will it fit into the world we all know and love?”
“Will it live up to my expectations?”

Even though I tried very hard to have no expectations going in, so that I wouldn’t at all feel cheated if even one tiny detail was troublesome, it was, of course, impossible. The script was penned by none other than THE QUEEN herself (Jo, not Elizabeth II, in case there is any confusion)! How could it not be extraordinary?! How could it not live up to my wildest dreams and be the very answer to my prayers for new Potter-esque stories? 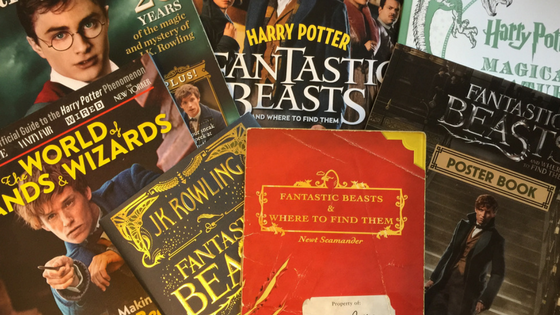 Well, before you go thinking I’m about to tell you that it was a disappointment, let me say this:

Fantastic Beasts and Where to Find Them not only lived up to my hopes and dreams, it exceeded them so very spectacularly that I am still caught in all of the feels.

With my husband in tow (extremely amused by the tempestuous emotions wracking my body, mind you) I laughed, I cried, I got vicariously offended on Newt’s behalf when things didn’t go his way,

I pondered.
I thought.
I was pensive for hours afterward – honestly. I just couldn’t stop thinking about the movie.

Seeing this was so wonderful and surreal. This was the very first time I had seen a film that took place in my most favored of literary worlds and didn’t know what was going to happen! It was fantastic and maddening at the same time because I was as much in the dark as my husband, who has only read three and a quarter Potter novels (but he’s seen the movies). It was a very peculiar and exciting feeling.

Furthermore, so much new information was introduced in this film that I feel like I know nothing, nothing at all about this world. A world about which I thought I knew almost everything there was to know.

There were creatures, and people, and laws that were entirely unknown to me and it was something, a feeling, a realization that I couldn’t let go of.

But, instead of making me feel jaded, it ignited a fierce craving for the remaining films, for more elements and details of this world I so love.

It’s a whole new Potter adventure and I am so excited to be a part of it.

As I mentioned before, the script was penned by J. K. Rowling herself so, in all honesty, I shouldn’t be surprised that the storyline and characterization was perfect. It was a very different feel from watching (even reading) Harry’s story though. Rowling did a great job of thoroughly separating not only the chronology but the main characters themselves. I never felt like I was watching a rehashing of Harry in 1920’s America. Newt was his own character, driven by his own values and faults and it was a wonderful thing. Oftentimes authors who revisit one “universe” they have created with a new set of characters struggle to keep Character B from being almost exactly like Character A. Rowling had no such trouble. Newt was an instant favorite and he now has a special place in my heart right next to my favorites from the original series.

It also helped that Eddie Redmayne was so perfectly Newt Scamander. I can think of no better actor to play the part. He encompassed Newt’s awkward friendliness and quiet intelligence so beautifully and completely. Before Fantastic Beasts, readers knew little of Newt’s character and his role in the wizarding world beyond his contributions to magizoology (substantial as they were). After watching the movie, I feel like I know Newt’s character as well as I know, say, Hermione or Remus. Yes, he has secrets that we have yet to discover, but his values, quirks, and strengths are pretty known.

In fact, I have almost no complaints about casting. Nearly everyone was perfect in their role; the one casting choice that I’m really unsure of manifested at the end of the film and is part of a plot twist so I will refrain from posting who the actor and the character are. After Redmayne’s Newt, I think my favorite portrayal would have to be a tie between Katherine Waterston’s Porpentina Goldstein,  Dan Fogler’s Jacob Kowalski, and Alison Sudol’s Queenie Goldstein. All three did a superb job bringing to life three fantastic supporting characters.

I especially loved getting to see Jacob, a No-Maj (AKA Muggle), make his way through New York with a newfound knowledge of the wizarding community. It was fun, sweet, and amplified how I felt navigating this world, Newt’s world, that was totally new to me too. Not to mention, we saw it in IMAX, so I felt just as immersed and surrounded by the film as Jacob’s character. It was a wonderful feeling!

Make no mistake: while Newt was the main character, he was by no means the only star of the movie. Among the power players were Credence, a boy whose adopted mother is the leader of The Second Salemers (a very anti-wizard movement essentially wanting to bring back the Salem witch trials) and the fantastic beasts themselves. Credence, brought to life and beautifully portrayed by Ezra Miller, is a character that really tugs at the heartstrings. And Newt’s escaped creatures, from the majestic thunderbird to the hilarious kleptomaniac niffler, brought as much personality to the film as Newt, Tina, Queenie, and Jacob. It was amazing to see all of these elements meld together onscreen.

Finally, I truly enjoyed all of the easter eggs planted in the story. While each served their own purpose within the script, of course, they felt like a clever nod to the fans and each one made my heart swell with happiness. I’m not ashamed at all to admit that I cried a few times throughout the movie, from the opening shot (gotta love that WB intro) to the end credits. It was like being presented a portal to my past.

Needless to say, I loved the movie and I am beyond excited to see the next four! I’m even hoping to attend a premiere line-up for one of the last ones (it’ll taking some time and planning, of course).

I’m definitely going to see the movie again while it is still in theaters and would recommend this for any Potter fan!

Fantastic Beasts and Where to Find Them (2016)
Warner Bros. (WB) and Heyday Films

Did you see the movie? What did you think! Tell me your thoughts below (but try to be as spoiler free/vague as possible out of respect for other readers). I can’t wait to see what you think!